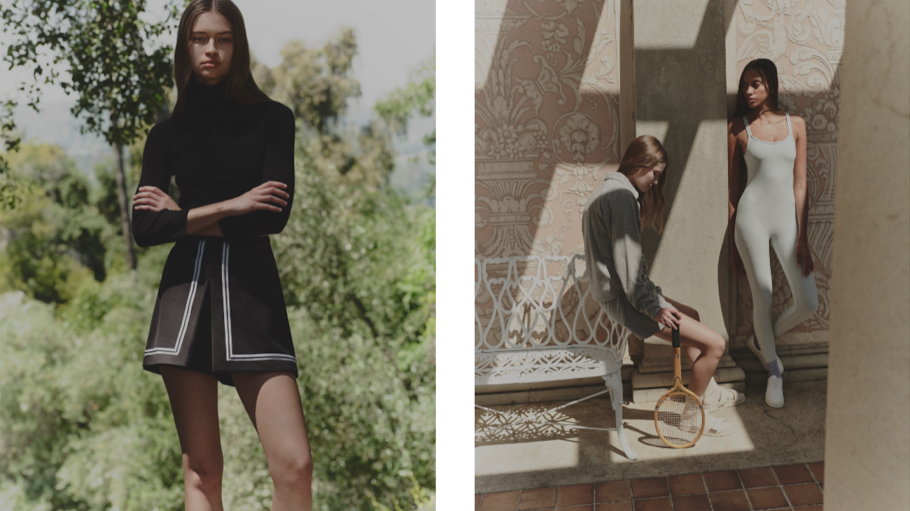 The golf and tennis collection.

The doyenne of sportswear, Coco Chanel, once declared, “nothing is more beautiful than freedom of the body.”

Carolyn Jang agrees, having founded Nylora in 2018 on the premise that clothes should emphasize agility and sophistication in equal measure. “I’ve always focused on making collections that fit into a real woman’s active lifestyle,” she said.

Her latest endeavor, debuting May 17, is a capsule devoted specifically to golf and tennis — sports that the designer noted “have become such popular social activities, and another place for women to express themselves.”

The significance of golf and tennis fashion among women runs deep. At the turn of the 20th century, as women traded in parasols for clubs and rackets, they took on more prominent roles within society while wearing pragmatic styles that borrowed heavily from men’s athletic wear.

Nylora’s collection pays homage to the collegiate look that has long presided over such luxury sports, but Jang imbued it with a studied nonchalance colored by her Korean heritage, as well as her time spent between New York and Los Angeles as a peripatetic knitwear specialist.

The result is a tidy-looking lineup that will serve just as well on the back nine as it will working a nine-to-five. Piqué collars appear on longline sweatshirts, striped quarter-zips and ribbed knit tops, while pleated tennis skirts vary from ultra-short to knee length and were given names like Steffi and Serena after the game’s female champions.

Because no professional could do without proper accoutrement, there is also a range of coordinating accessories that includes visors, sweatbands and tote bags with logo trim.

The golf and tennis collection will be available at Nylora.com and select retail partners in addition to the brand’s first flagship store opening in Seoul this summer. Prices range from $78 to $338.